I think there is almost two dozen copies of my final draft floating around out there in paper form and word files.

So far, the feedback has been great. But the really tough ones should be coming back soon. I’ve a cousin who was a career editor, and he’s going to pillage and burn my manuscript like vikings descending upon an unsuspecting monastery. Not that I’m a  terrible writer, very far from it… but every time I open the document to print it, I’ll skim along and see something that I don’t like or some pesky error.

Yesterday I realized I capitalized Father in the middle of a sentence.

When asking for honest reviewers who would shred my book apart on Facebook, I also stated that it had only a dozen swear words and nothing risque, because I want my kids to be able to read it eventually.  Then, right before I printed it off for my 14 year old nephew, I ran a word search and realized I had 25 shits, 19 damns, and 1 asshole.

Which is kind of funny to say out loud.

It took pretty much zero effort to cut out over half of them without looking like I was intentionally cutting out where a swear word should go.

Instead of, “I don’t give a shit.” I could use, “I don’t care.” Works just as well without the whole, “Oh foyer, I burned the darned muffins’ lameness/obviousness.

Speaking of my 14 year old nephew, my sister-in-law told me this today:

“Micah has already read to page 30, and when I asked him about it, he replied, “it has cowboys, and monsters, and barn burnin’s, and bar fights. It may possibly be the greatest book I’ve ever read.”

So, obviously I’m going to take the Young Adult genre by storm as well as the Fiction/Awesome/Pew Pew genres.

Answer – None of them.

← If you get the opportunity, you should always kill your siblings off. (And how to go from Beast to Kitten in 5 seconds.)
Painted Desert Ram mount is back. →

2 Comments on “Look out JK Rowling!” 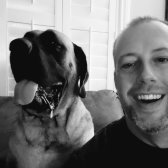 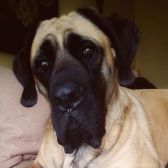