I’ve got to go over the changes made and see what I accept or don’t.

So far, I’ve only found one that I don’t accept. And that’s in reference to the phrase, “I felt like I’d been shot at, missed, shit at, and hit all over.” Everything else appears to make the book tighter and better.

But it’s pretty cool to see what a professional editor thinks of my writing. It’s like, BAM! Run on sentence. BOOM! Apostrophe here. Ka-POW! Make this not suck. Yippee Kay Yay! Semi-colon.

We’re getting closer and closer to publication! Yeeehaw.

The first book took me two years to write, the second took me a year, and I’m hoping to pound out the third in six months.

That means I’ve got to really get on the ball. I think I can do it. And a book in six months is pretty professional. Heck, it’s probably way better than professional. But I’ve got to put out QUALITY writing. I don’t want to be a Nora Roberts equivalent who spits out a romance novel every three months. (Not that I plan on writing romance, unless the market REALLY takes a turn for the worse and I get desperate!)

All this means is that the first book really needs to sell well so Severed Press will demand an immediate sequel that is already written. Or else my stories will end with a quick and premature death. And I’ve a LOT more to write about in this world I’ve created.

So if I’ve sent you the first manuscript, and you liked it, buy a copy when it comes out. Then buy several more for your friends and family. Drive up the sales. Make it look popular. Heck, MAKE it popular!

But it’s been great to go back to the ‘early days’ of writing a book. Where the pages are blank and I’m just beating that keyboard like it owes me money. It’s the editing process that is SO tedious and time consuming… the rough drafting process is what I really love.

Because writing is problem solving. You’ve a million little issues that have to mesh together, not just the over arching story line and plot – which certainly has to go together, but figuring out each individual character’s subplot as well. (Because they all have a purpose, a reason for being and doing what they do, and that has to be explored and expounded upon.) It’s like a giant 2,000,000 piece puzzle that you get to cut the pieces to size and put them together how you see fit.

It’s just fun. Most of the time.

Also I just wrote an awesome intro scene that really drives home who my main character is and the lengths he is willing to go to do what he feels is right regardless of what the law says. And that’s Jedidiah Huckleberry Smith in a nutshell – Dark, quirky humor, with a morally ambiguous code of ethics, and the willingness to resort to gun play at  moment’s notice.

As for an update on when West of Prehistoric will come out – I don’t know anything yet. But the contract has been signed and I’m eager to start the publishing process.

As for a personal update.

I’m a Jeep guy, I’ve a built 2001 Jeep Wrangler that I’ve had since 2005 and will continue to have until the day my kids inherit it. I also bought another 2001 Cherokee XJ recently for a daily driver. (Sure, I could have something nicer like a Jeep Gladiator Truck… But debt is stupid.)

And because I can’t help but tinker sometimes, I removed the fender flares, cut the fender wells larger, and installed some armor on the back end to protect the tail lights. Sure, it’s just a daily driver, but it was built by a guy from NC4X4.com forum with upgraded suspension, axle shafts, lockers, etc and it’d be a shame to not take the kiddos out in something more comfortable than my TOY Wrangler. 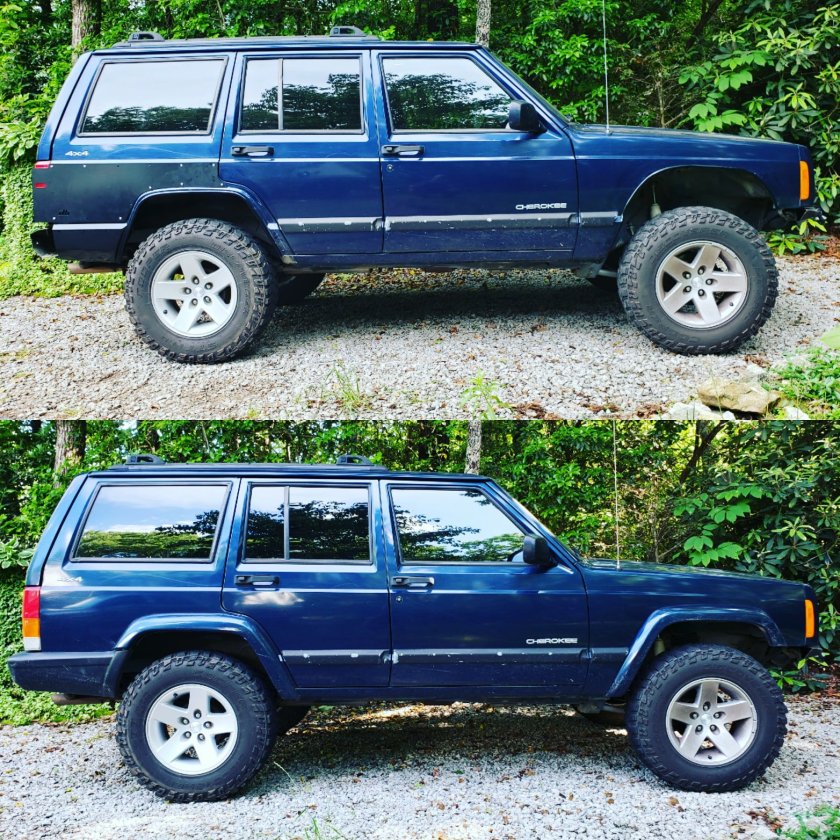 Turned out pretty well. I’ve still got a few rivnuts to fix on the body armor. (Rivnuts are the suckith.) And I managed to only cut myself once working the angle grinder when I cut the wheel wells open. 🙂 Now the wife says I need some rocker guard armor on it, and I agree. So that’s in the future.

And this, ladies and gentlemen, is how a daily driver gradually turns into an offroading toy!

Severed Press will be publishing my book.

I’m pretty stoked. From everything I’ve read, they are an amazing publishing company and best of all their covers are works of art. (Yeah, I’m shallow like that. Nothing sinks a book faster than poor covers… except poor writing!)

People love pictures, so I figured I’d throw some up and update it from time to time. If you’re on a computer, they are on the right side of the screen now. If you’re on a phone/ipad/fire/whatever, they’re probably at the bottom.

(And I even threw one in of me showing some leg from back in college… before I learned how to squat with heavy weights.)

So an update of sorts.

On the writing front – Things are great. I’ve edited the entire novel once more, and I’m back to the FGB. (Final Great Battle.) I suppose you could finish a book without a big fight at the end, but that seems sort of anti-climatic to me. And certainly not the sort of book I’d write.

Anyways, that’s the most exhausting thing about this book and the last part to be finished. The culmination of a dozen characters journeys into a bloodbath of violence and mayhem is always a draining affair.

But hey, JRR Tolkein did it several times. Of course his battles were more like, “And so-and so got knocked on the head. Then woke up after the battle was over.”

But the movies, they got it right. Lots of action!

On the publishing front – I dunno. It’s moving along at a snails pace. But having a sequel finished and polished is a big deal for any publisher. It shows that:

B. That I will continue writing.

C. That I am getting better the more I write.

D. I want to make both the publisher and myself, very, very, very rich.

All of this makes me a better risk for any publisher. But dang, I’m tired of waiting. It’s been almost a year since I finished West of Prehistoric, and it’s been difficult reading such great reviews of the book from Beta Readers, only to wait to publish it as I finish the sequel. But the good news is that I expect to be done in a couple weeks and sending the sequel out to the Beta Readers.

On the personal front – COVID-19 sucks. Luckily, I am still working fulltime, but I miss my friends, miss my gym, and miss the booming economy we had. (But I’ve great faith in Trump’s ability to get us back to boomin’ again.) We’ve settled nicely into our house, we even bought a bunch of canvas prints for the walls and got them hung. So it feels like our house now. Oh, and we got a new grill for it. Heck yeah, tasty meat.

I hope everyone is staying safe and well.

Wash your filthy hands and keep the cooties at bay! 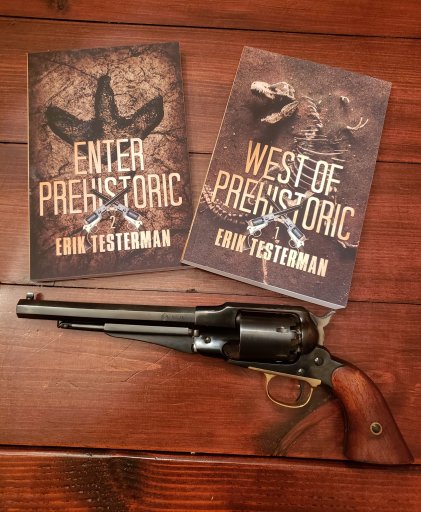 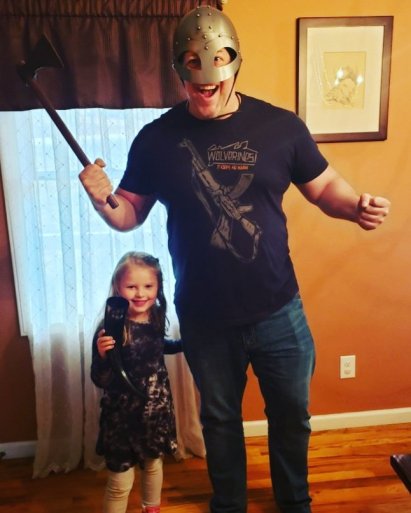 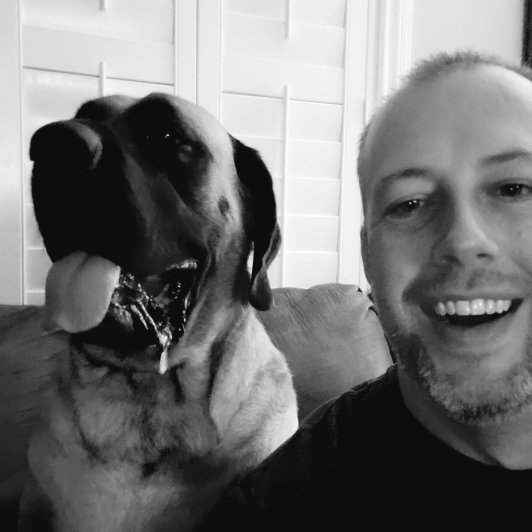 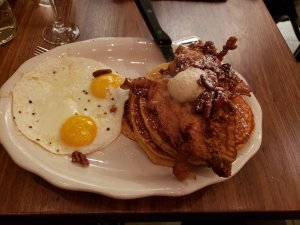 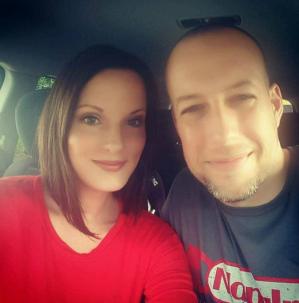 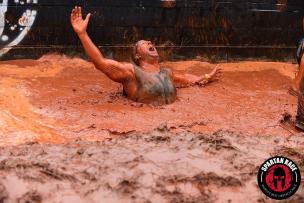 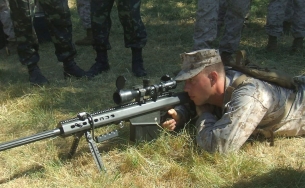 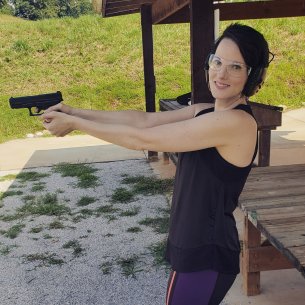 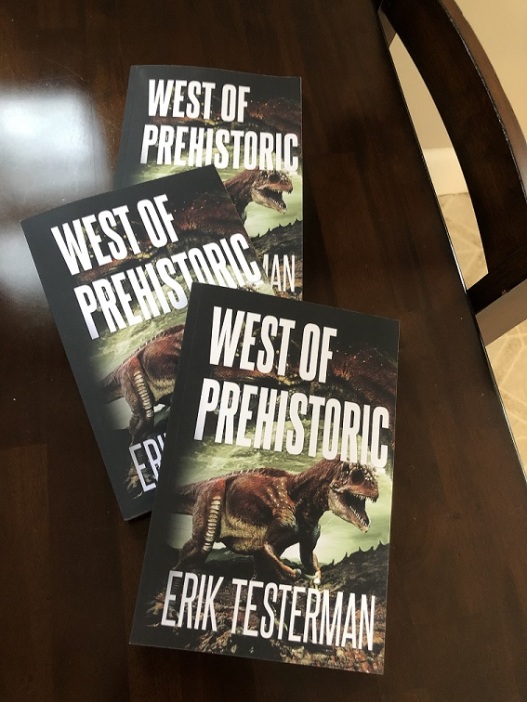 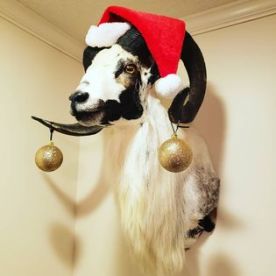 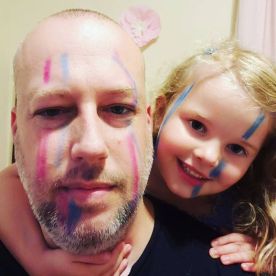 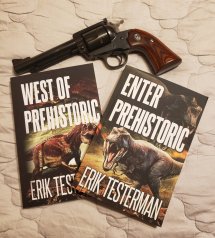 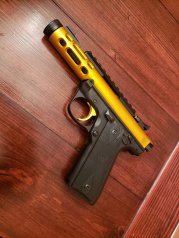 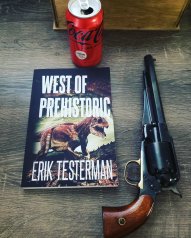